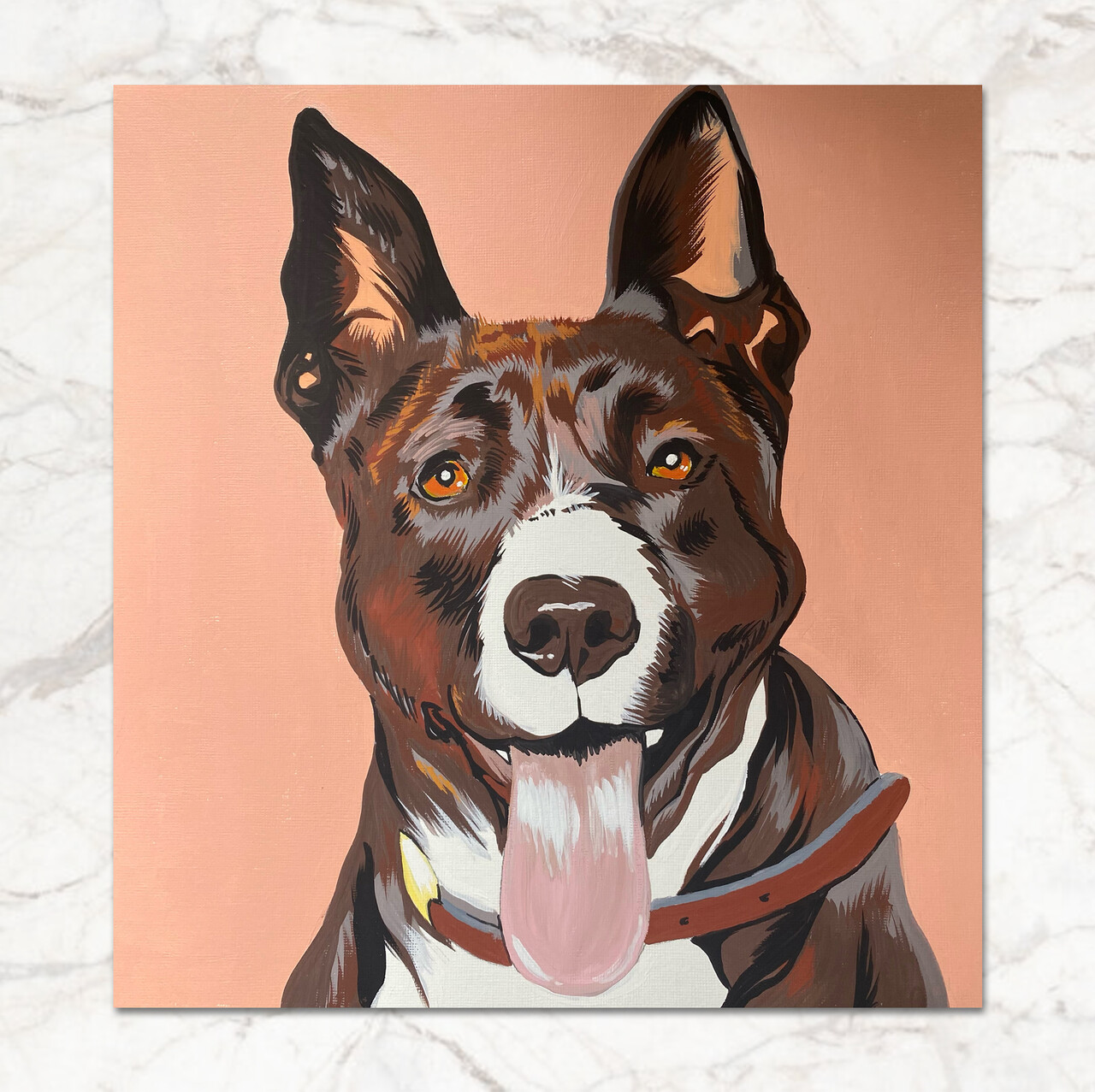 A few days late as usual, but I have found that writing these blogs bi weekly as well as committing to update my planner regularly, has really helped with untangling my anxiety when a lot of work comes in at once.

I actually had a complete week off. No commissions came in, no book work, and only a handful of Etsy orders. I took advantage of that time by creating a shop website through Etsy's Pattern and personally managed my products to be shown for sale through Facebook and Instagram. That took 3-4 hours due to the fact that for some reason Facebook has a built in manager for Shopify but not Etsy. It's also something I will have to update every time I add a new listing, but it is worth the effort as traffic has increased since then.

I'm glad I had that time off, because things ramped up very quickly soon after. I received a large memorial commission of a mother and her daughter with beautiful lakeside scenery behind them. Thankfully it's not due until the end of September, leaving me with lots of time to complete. I also received a birthday commission of a puppy that's not due til the beginning of October. I finally got around to adding my traditional portraits to my ArtStation website and portfolio, and feel kind of silly that I never noticed that there had ALWAYS been a "Traditional Paint" section when uploading new art.

Soon after that I received an acceptance email from Hal-Con. Hal-Con is the biggest Sci-Fi/Anime/Fantasy convention in Atlantic Canada. This is my 3rd year getting in, (not counting last year as it was cancelled due to Covid) and I am extremely grateful for the opportunity as vendor spots had been reduced and most people I know were put on a waitlist. The timing was also perfect as I had just upgraded my Cricut Air Explore 2, to a Cricut Maker, which should help speed prep along. Although it isn't until the end of October, I spent the majority of my weekend preparing and doing inventory out of sheer excitement to do a con again!

On top of all that, the children's book is back on! I am so happy and relieved to start working on this project again. It is a lot to juggle for the next 2 months, but I'll never stop being grateful for these opportunities!